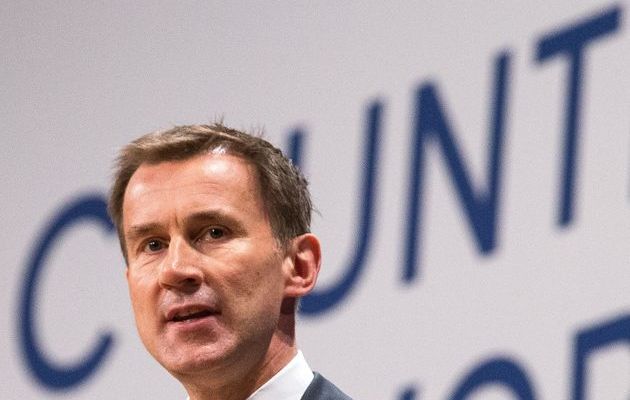 Following the latest mispronunciation of Jeremy Hunt’s surname by a national broadcaster, he’s appealed for people to stop it, claiming, “It’s not funny!”

The people beg to differ.

St. Credulous University’s Linguistic expert, Ian Napton, took a closer look at the phenomena to see why it keeps happening to Jeremy Hunt.

“We looked at a bunch of Hunt’s, all with different first names and none of them reported ever being called a C**t, even those named Michael. So we considered whether the arrangement of vowels and consonants was causing the problem, but again, Berkshire, Barclay, Duncan, Seymour, Peter and Fox didn’t seem to cause the problem.”

“My colleague thought it might have been the Christian name, Jeremy, that was the issue. After examining a range of Jeremy’s; Clarkson, Beadle, Paxman, Corbyn, Kyle, Vine and Ron, there seemed to be a developing theme.”

We realised we had found what we were looking for all along. People kept mispronouncing Jeremy Hunt’s last name because he is one. Mr Hunt confirmed the hypothesis by explaining, “It happened when I was a child, both at school and home. Everywhere I went, I was a C*nt!”

Ian said, “We have a classic example of nominative determinism. The next question is, did his parents know he was a C*nt before they named him, or did he become one over time? If we can answer that there’s a Noble Prize in this.”

And still, the nation giggles at the sound of his name.